The love for cinnamon in coffee is over the top. Basically, the coffee is incomplete without this spice. However, you guys should know about cinnamon benefits for health as well. Besides adding a flavor to your coffee, cinnamon has immense health benefits for you. 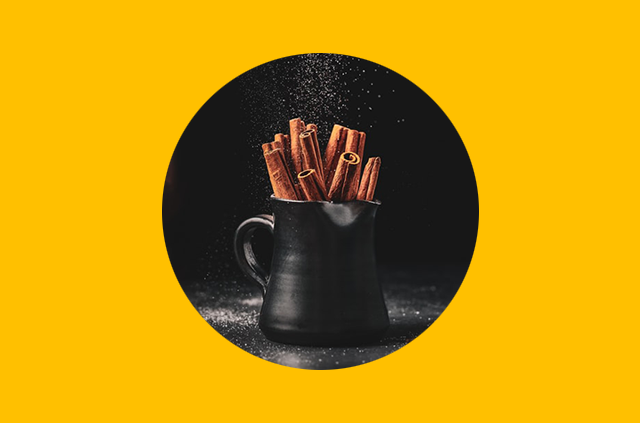 It’s also rather tasty, having a flavor profile that goes well with everything from French toast to sweet potato side dishes to curry and kabobs. Cinnamon sugar on buttered bread also slaps. If you haven’t already, do so. I’m sure you will love it.

Let’s check out some interesting things about cinnamon’s nutrition, and who wants to look into its Cinnamon benefits for health.

1. Cinnamon is full of nutrient

Cinnamon is very much low in calories, and about its taste, it is best. But, if you people are planning to eat cinnamon plain, please don’t do this. One tablespoon of cinnamon offers you all of this mentioned below, have a look;

It has been found that cinnamon has a good impact on glucose levels, considering the condition of prediabetes, a study conducted in 2020 suggested.

In that study, the results were astonishing. Cinnamon helps in glucose homeostasis, which ultimately helps in maintaining blood sugar. Diabetes is such a disease everyone wants to avoid it. But, for that, it is very crucial to monitor the content of glucose, too high or too low both are undesirable, always try to keep a balance.

Moreover, another study conducted in 2018, presented the same thought as mentioned in the above findings. The study states that consuming 3 to 6 grams of cinnamon had a constructive impact on blood sugar. More research is underway to find out more about it, till then this information is reliable.

3. Cinnamon and its anti-inflammatory properties

Tons of studies can be found that have confirmed the anti-inflammatory properties of cinnamons. Yes, you got it right. Cinnamon has healing properties, this also includes its essential oil.

While some inflammation is beneficial, such as when battling an infection, or healing tissues. However, chronic inflammation is not so good for the body and can create a variety of problems.

Second, there is a study from 2015, which claims that cinnamons and their antioxidants can be very much beneficial in curing age-related conditions. Just because of its anti-inflammatory characteristic. How interesting, right?

4. Cinnamon may aid in cancer prevention and treatment

After discussing cinnamon’s anti-inflammatory properties, now you will be amazed by knowing that cinnamon and its extract have anti-cancer properties too. And, this is all supported by various studies and researches.

It sounds very astonishing that Cinnamon and its extract can be help full in the treatment of cancer. But, how it is possible? So here it is, from many years the study in this manner has been going on. One of these studies, held in 2010, presented that cinnamon composed of antitumor benefits from multiple mechanisms. These break-even findings promote or open the door to new research and studies in order to lead towards antitumor treatments.

A chemical produced from cinnamon was found to be an inhibitor of colon cancer in rats in a 2015 animal research. Cinnamon may have anticancer benefits in several cancer types, according to a 2019 review, by influencing apoptotic pathways. This suggests that it may aid in the killing of cancer cells. This is a very good thing in medicines, and many people around the world are trying to find the best possible cure to the treatment of cancer patients and to save a life.

There is still potential in research. New research can be a breakthrough in medical science.

5. Cinnamon and its antifungal properties

Wait, another benefit of cinnamon, GOSH, how many are there? Just a few more. Multiple studies have stated that cinnamon could be a good antifungal agent. There was a study in 2016, which claimed that cinnamaldehyde and the other of its derivatives (like cinnamon) are to be expected, antifungal agents.

This piece of information is very beneficial as we are moving towards a time where we all are surrounded by many fungal infections. And, to fight them we will surely be needing some good antifungal resistance.

The cinnamon essential oil found to have the most capacity to inhibit A. ochraceus development among the oils evaluated in a 2019 study, which could help prevent food contamination. So, it’s not a bonus for eating it, but it’s good news all around.

2020, the year of the COVID-19 pandemic, each one of us knows this very well and somehow the COVID-19 has impacted us and our lives. Cinnamon and hops extracts were investigated as promising immunomodulators for severe instances of COVID-19 in a study published in 2021.

Keep in mind that this study is new and not conclusive, but the link is intriguing and demonstrates how cinnamon could be effective in a variety of situations.

However, please note that the best possible way to fight back against COVID-19 is to get vaccinated, following SOP’s, and by wearing a mask.

Why Breakfast is so important, here are 10 Reasons One…